While patients with type 2 diabetes generally have an increased risk of developing cancer, this does not apply to prostate cancer. On the contrary, a number of studies indicate that men with diabetes mellitus are less likely to be affected by prostate cancer than men without diabetes.

"Although diabetics are less likely to develop prostate cancer, they have a poorer prognosis when prostate cancer is diagnosed," explains Dr. Pedram Derakhshani, urologist at the West German Prostate Center in Cologne. For example, a recent study1 by the University Hospital of Tübingen shows that the survival rate of those affected is reduced if diabetes mellitus is present at the same time as prostate cancer. The scientists found that patients with type 2 diabetes have significantly more lymph node metastases than patients without diabetes. In addition, the spread and aggressiveness of the tumor are generally higher in men with diabetes, as confirmed by the results of the study.

"Prostate cancer patients who also have type 2 diabetes present a particular challenge," Dr. Derakhshani emphasizes. Due to their poorer prognosis, they generally have a higher risk of already having extensions of the tumor outside the prostate capsule at the time of diagnosis," says the Cologne urologist.

First, the stage and spread of the tumor must be precisely diagnosed. For this purpose, the Cologne specialists, in cooperation with the radiology department of the KLINIK am RING, use an ultra-high resolution MRI and combine this with an MRI-guided punch biopsy. If a prostate carcinoma of the medium or high risk group is present, the best results in terms of cure rate and side effects are achieved with a special form of brachytherapy, the so-called HDR afterloading2/3.

In HDR afterloading, a highly active radiation source travels temporarily into previously implanted needles and irradiates the tumor directly on site. By precisely distributing the radiation dose, the tumor can be irradiated without damaging surrounding structures such as the urinary bladder, intestine or sphincter muscle. The advantage: "Combined with external radiation, peripheral areas of the prostate and local lymph nodes can also be treated if necessary," explains Dr. Derakhshani. The probability that the tumor will recur in the prostate area (local recurrence) is therefore lower after combined brachytherapy than after radical surgery.

However, the Tübingen scientists were only able to explain in rudimentary form why patients with type 2 diabetes have a poorer disease prognosis. The insulin-dependent signal transmission in prostate carcinoma appears to be altered. This in turn leads to an increased production of proteins that stimulate cell division in the tumor4. However, there is still a great need for further research to uncover the exact processes involved. 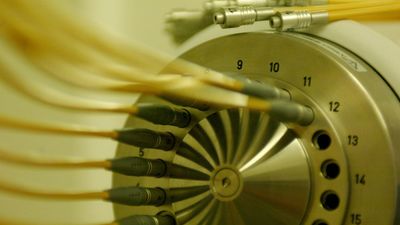