Radical surgery: Many side effects - no survival benefit

Whether radiotherapy, surgery or active surveillance, disease-free survival in the first ten years remains independent of the type of treatment for localized prostate cancer. This is shown by a recent British study published in the prestigious New England Journal of Medicine1. While the effectiveness of surgery and radiotherapy is comparable, there are major differences in favor of radiotherapy with regard to complications.

More than 60,000 men are diagnosed with prostate cancer in Germany every year and are faced with the difficult task of choosing the "right" treatment. If the tumor is confined to the prostate (localized prostate carcinoma), the affected person has several established treatment methods at his or her disposal, including brachytherapy (internal radiation), external radiation and surgery. Another option is to monitor tumors with a low risk closely (active surveillance) and only initiate treatment if the disease progresses. But which procedure is best for the individual?

"Patients are still being led to believe that radical prostatectomy is the only way to cure cancer," says Dr. Stephan Neubauer of the West German Prostate Center in Cologne. That this is clearly wrong is once again shown by a large-scale study from Great Britain recently published in the New England Journal of Medicine. The so-called ProtecT study (Prostate Testing for Cancer and Treatment) allows for the first time a direct long-term comparison between radiation treatment of the tumor and surgical removal of the prostate.

For this purpose, scientists from the University of Oxford and Bristol studied a total of 1643 patients with localized prostate carcinoma who were assigned using a random mechanism to either radical prostatectomy, external beam radiotherapy or active surveillance over a period of 10 years. In active surveillance, PSA levels were monitored every three months for the first year and every six to 12 months thereafter, with the aim of initiating therapy if necessary if the increase was greater than 50 percent.

Risk of mortality and progression of the disease

As the British scientists were able to show, the probability of survival from localized prostate cancer is very high at 99 percent, regardless of which of the three types of treatment was used. In the first ten years, only 17 of the 1643 patients died of prostate cancer: These included eight from the active surveillance group, five from the radical prostatectomy group, and four patients who received radiation. "Even considering that the radiotherapeutic procedures used in the study are no longer in line with the current state of scientific knowledge, there is no survival advantage for surgery," emphasizes Dr. Neubauer from Cologne.

Also with regard to tumor progression (including formation of metastases, need for additional hormone therapy), no differences were found between surgery and radiation after 10 years. The situation was different in active surveillance, where more than twice as many men (112 vs. 46) showed clinical signs of disease progression. However, most men in the group with active surveillance are likely to die before their tumor spreads further and forms metastases in other organs," emphasizes the Cologne urologist. Still, active surveillance should be considered only for low-risk tumors."

While the survival probability of surgery and radiotherapy is almost the same, there are major differences with regard to complications, as another working group from the University of Bristol was able to prove. Patients from the ProtecT study were surveyed over 5 years with regard to side effects and complications.

According to the study, radical surgery has serious effects on urinary and sexual function. For example, after six years, 17 percent of patients who underwent surgery were still dependent on pads and only 4 percent who had received radiation therapy. The impact on men's sexual function was also greatest after surgery. Whereas 67 percent had an erection that enabled them to engage in sexual activity before the study began, only 12 percent did so after six years, compared with 22 percent after radiation and 52 percent after active surveillance. "Again, keep in mind that incontinence rates are approaching zero due to modern radiotherapeutic procedures such as brachytherapy, and sexual function also has much better outcomes today," Neubauer said.

"Whereas radical removal of the prostate used to be considered the favored solution to completely remove the carcinoma and prolong life, modern radiotherapy not only offers equal and, in some cases, even better cure rates for advanced tumors, but also significantly fewer side effects such as incontinence and impotence3," summarizes Dr. Neubauer. 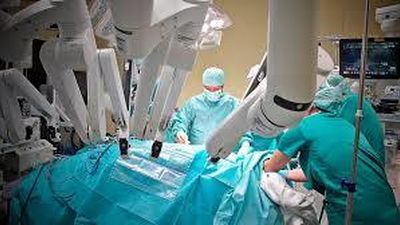