Men diagnosed with prostate cancer also benefit from seed implantation in the long-term. This was recently confirmed by a study conducted by the British Columbia Cancer Agency in Vancouver. The high effectiveness combined with very low side effects makes the radiotherapeutic procedure the therapy of choice for localized prostate cancer.

In nearly 80 percent of cases, prostate cancer is at a stage at the time of diagnosis where the tumor is confined to the organ and the chance of cure is very good. There are several ways to treat localized prostate cancer. Established procedures include radiation therapy with external (outlying) radiation and brachytherapy, as well as surgery and the strategy of controlled waiting (active surveillance).

Brachytherapy is a modern form of radiation therapy in which the prostate is irradiated from the inside by implanting radiation sources a few millimeters in size (so-called seed implantation). This has the advantage that neighboring organs such as the urethra, bladder and rectum are optimally protected from possible radiation damage. "For a long time, brachytherapy was considered in Germany only as an alternative to conventional surgery," explains Dr. Stephan Neubauer of the West German Prostate Center in Cologne. Yet scientific research clearly shows that the effectiveness of brachytherapy - and thus the possibility of achieving a complete cure of the cancer - is at least equal to surgery.
For tumors in more advanced stages (intermediate and high-risk carcinomas), the effectiveness of brachytherapy is even superior to surgery. "In addition, the side effects as a result of treatment are significantly lower," Neubauer states. "Especially losses in the ability to hold urine as well as potency problems trouble men after surgery."

But men with localized prostate cancer also benefit from seed implantation in the long term, according to a recent study1 from the British Columbia Cancer Agency. A total of 2339 men with low- and intermediate-stage prostate cancer were treated with seed implantation. About half of the study participants also received hormone therapy. After a follow-up of 7.5 years on average, 87 percent of patients continued to have a stable PSA level (PSA below 0.04). Six percent showed a slightly elevated PSA level and nine percent a PSA level greater than 2, which is considered a biochemical recurrence. Thereby, the efficacy of seed implantation was better over the long-term in patients who had previously received hormone therapy.

In contrast, a University of Toronto study2 of 2643 prostate cancer patients treated with radical prostatectomy showed that only 79 percent at low risk and 59 percent at intermediate risk had a stable PSA level (PSA less than 0.05) after five years.

Dr. Neubauer of the West German Prostate Center can confirm the excellent efficacy of brachytherapy in the long-term course based on his own patient data. "Since 2000, we have performed more than 7000 brachytherapies, of which 1800 patients alone were treated by means of permanent seed implantation for low-risk prostate carcinoma and followed up over a period of up to 17 years, " says the urologist and pioneer of brachytherapy in Germany. "We can confirm the collected data from Canada one hundred percent based on our own surveys." 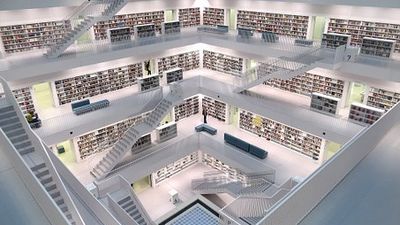