Data on more than 7,000 treatments in terms of cure rates and quality of life after brachytherapy (internal radiation) have now been documented by the West German Prostate Center since it was founded in 2000. This makes the tumor database of the Cologne center one of the largest data collections of patients with prostate cancer who have undergone brachytherapy in Europe.

"To date, we have performed more than 7000 brachytherapies and precisely documented the course of the disease in a database developed specifically for this purpose," says Dr. Stephan Neubauer from the West German Prostate Center in Cologne. For this purpose, all disease-relevant information before, during, and after therapy, as well as detailed data on treatment (including radiation dose, dose distribution), are recorded anonymously from each prostate cancer patient who is irradiated using seed implantation or afterloading procedures. "The intensive follow-up of our patients over many years enables us to analyze the treatment results at any time and to present the healing success in detail," says the Cologne urologist.

Focus on quality of life

In addition to the usual documentation of PSA values and imaging examinations, the Cologne specialists are particularly interested in the influence of brachytherapy on the quality of life of the men treated. Initially every three months, and later every six months or even every year, the patients fill out internationally validated questionnaires in which possible impairments in urination, disturbances in continence and sexual function, as well as information on health-related quality of life are anonymously queried and scientifically evaluated.

As pioneers of brachytherapy in Germany, the team of physicians at the West German Prostate Center has above-average expertise and performs the radiation technique in very high case numbers. "Especially with modern, highly specialized forms of therapy, the success and thus the complication rate depend on the experience of the treating physicians," summarizes Dr. Neubauer. Another plus point of the West German Prostate Center's data collection: The contact between doctor and patient remains even after prostate cancer therapy. If complaints arise, they can be discussed immediately and treated accordingly. 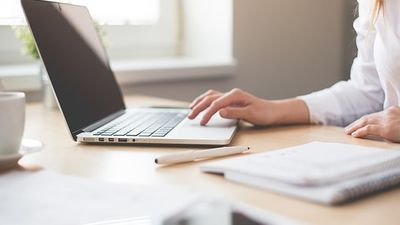