Prostate cancer: Higher quality of life after radiation than after surgery

A recent study published in the renowned journal JAMA clearly shows that men with localized prostate cancer who have undergone brachytherapy or external beam radiation still have a significantly higher quality of life five years after treatment than men whose prostates were surgically removed. This applies both to the ability to hold urine (urinary continence) and to sexual functions.

In patients with prostate carcinoma, internal radiation (brachytherapy), external radiation and surgery each lead to equal cure rates, provided the tumor is detected early and is still confined to the prostate (localized prostate carcinoma). This has already been clearly demonstrated in numerous studies. In contrast, there are so far only few data on side effects and quality of life after treatment of the patients.

In a large-scale study of almost 2,000 patients with localized prostate cancer, scientists at the University of Texas compared the current forms of treatment (active surveillance, LDR brachytherapy, external beam radiation and nerve-behavioral surgery) in terms of their health-related quality of life. For this purpose, the men were followed up over a period of five years and possible side effects of the therapy were recorded at specific intervals using standardized questionnaires. Questions included the ability to hold urine (urinary continence), the functions of urinary bladder emptying (micturition) and erectile function.

Urinary incontinence most pronounced after surgery

The results of the study show that patients after surgical removal of the prostate were most likely to have urinary incontinence. For example, about one-third of men whose prostates were surgically removed still had problems holding urine after five years (MCID score). In contrast, patients who received external beam radiotherapy or brachytherapy (internal radiation) showed little change in urinary continence over the entire study period.

In addition, men were most likely to suffer from sexual dysfunction after surgical removal of the prostate, compared with both LDR brachytherapy, external beam radiation, and external beam radiation combined with hormone therapy. Even in men with higher-risk prostate cancer, loss of erectile function is lower after radiation therapy compared with radical surgery. For example, half of the men who experienced adequate erection during sexual intercourse before the start of radiotherapy were able to maintain or regain it.

Furthermore, after five years, there were no significant problems with regard to bowel and hormonal function with the radiotherapy methods.

"Today's modern radiotherapy methods enable highly precise radiation therapy of the prostate," emphasizes Dr. Stephan Neubauer, urologist at the West German Prostate Center (WPZ). In LDR brachytherapy, for example, tiny radiation sources (seeds) are introduced directly into the tumor. The seeds remain there for several months and deliver high doses of radiation specifically to the tumor tissue. This has the advantage that the tumor is destroyed without damaging surrounding healthy tissue such as the urinary bladder, colon or sphincter. As a result, the urinary incontinence rate of patients is close to zero even years after the end of treatment, according to the Cologne urologist. The same applies to external forms of radiation such as intensity-modulated radiotherapy (IMRT) and image-guided radiotherapy (IGRT).

Losses in the ability to hold urine as well as losses in sexual function as a result of surgery are all the more serious because many men with prostate cancer are still operated on unnecessarily," comments Dr. Neubauer on the current results, confirming his own studies at WPZ.

For the first time, the current study shows advantages of modern radiotherapy with regard to continence and sexual function also for patients with high-risk carcinoma, the German Society for Radiation Oncology (DEGRO) also admits. According to DEGRO, this will have a significant influence on the choice of therapy for this patient group in the future. 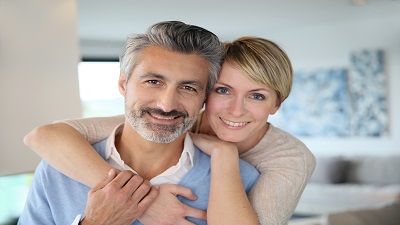