Radiation or surgery for prostate cancer?

For no other cancer do opinions differ so widely. However, large international studies show that radiation therapy has at least equal cure rates for early stage prostate cancer and better cure rates for advanced stage prostate cancer compared to prostate surgery1. However, there are considerable differences with regard to the side effects of the treatment and thus the quality of life.

Why, despite equal cure rates, do most men diagnosed with prostate cancer still undergo surgery?

Dr. Neubauer: Despite the scientific consensus, many urologists continue to hold to the conviction that only radical removal of the prostate can lead to tumor cure. This attitude becomes even more incomprehensible when we take a closer look at the study results regarding complications and side effects of both forms of treatment. In 2013, for example, a renowned scientific journal published a scientific study2 comparing the long-term consequences of prostate cancer surgery with those of brachytherapy, a high-precision radiation treatment, in 55,000 men. This largest comparative study to date showed clear superiority of brachytherapy in terms of urinary continence and sexual function. Even side effects on the rectum were lower overall than after surgery.

What does this mean for patients in concrete terms?

Dr. Neubauer: This means that patients who have not had any problems with their continence and potency benefit enormously from brachytherapy. If these men undergo surgery, on the other hand, they have to expect complications. A study by the health insurer Barmer GEK3 shows this very impressively: according to this study, 70 percent of those operated on complain of erection problems, 53 percent of sexual disinterest and around 16 percent of urinary incontinence. One in five also confirmed surgery-related complications such as heavy bleeding or intestinal injuries. Even modern robot-assisted surgery, which is considered a "gentle" treatment option, has more side effects than is often promoted. For example, a U.S. study4 found that impotence and incontinence were even more pronounced than with open surgery, despite the minimally invasive technique.

But especially for men under 65, surgery is considered the treatment of choice?

Dr. Derakhshani: This is a misconception that unfortunately still persists. Younger men, who are usually still sexually active, particularly benefit from the advantages of modern radiation therapy. These are: Better chances of healing in advanced tumors, practically no incontinence, and impotence that occurs much less frequently and also only after a delay. But also significantly shorter treatment and downtime of brachytherapy compared to surgery is another plus point for men who are still working. For patients with high life expectancy, gentler methods are to be preferred with identical tumor healing, because the patients have to suffer from the potential side effects for a particularly long time. However, men beyond the age of 70 also frequently enjoy good health. They, too, should not be deprived of brachytherapy, which has few side effects.

Nevertheless, there is still a strong distrust of radiotherapy among the population and many men "purely emotionally" prefer surgery.

Dr. Derakhshani: Many men think that once the prostate is removed from their body, the cancer is gone. That makes them feel better. Radiation, on the other hand, is not seen - this stirs up unfounded fears, which have an importance that should not be underestimated when choosing a therapy. The only thing that helps here is a well-founded explanation with the inclusion of scientific studies. For example, most people do not know that in patients with "advanced" tumors, the probability of individual tumor cells remaining at the edges of the incision after surgery is relatively high. In brachytherapy - in order to minimize the risk of recurrence - the radiation dose is calculated in such a way that a kind of safety margin is created around the tumor to destroy possible malignant cells.

Researchers at Memorial Sloan-Kettering Cancer Center in New York investigated the question of how high the risk of developing a second tumor after prostate cancer therapy actually is5. To do so, they examined data from a total of 2,658 patients. The results: Ten years after treatment, an average of 10 to 15 percent of patients were diagnosed with cancer again. Bladder or rectal tumors were the most common. The risk was 3 percent in patients who had undergone surgery and only 2 percent in patients who had undergone brachytherapy.

What has changed in radiation treatment in recent decades?

Dr. Neubauer: Hardly any other medical discipline has undergone such rapid development in recent decades as radiation therapy. With brachytherapy, it is now possible to irradiate the tumor with high precision and to spare surrounding tissue. For this purpose, tiny radiation sources (seeds) are introduced directly into the prostate under ultrasound control. A significant advantage over surgery: by precisely distributing the radiation dose, we can irradiate the tumor without damaging surrounding structures such as the urethra or sphincter. While seed implantation is used in early stages, afterloading therapy is used to treat advanced stages or aggressive tumors. After precise radiation planning using state-of-the-art computer technology in real time, a highly active radiation source travels into the implanted needles and irradiates the tumor directly on site.

You can get more information about the treatment options from our doctors at the Klinik am Ring - Westdeutsches Prostatazentrum.
Here you can also read more about the symptoms, early detection, diagnosis, surgery, rehabilitation and aftercare. 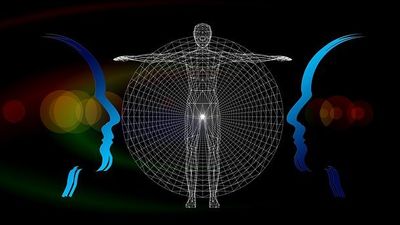