Radical removal of the prostate leads to erectile dysfunction in a significant percentage of patients, even with nerve-preserving surgery. Thus, despite improvements in surgical techniques and the use of robots, current studies do not show higher rates of potency after prostate surgery, according to the conclusion at the European Association of Urology (EAU) Congress in Barcelona in March 2019.

When men with localized prostate carcinoma undergo surgery, they sometimes have to reckon with a considerable loss of potency. According to a large-scale study by the health insurer Barmer GEK, 70 percent of those operated on complained of erection problems and 53 percent of sexual disinterest. "Reliable statements on the frequency of erectile dysfunction after radical surgery vary widely, however," says Dr. Pedram Derakhshani, urologist at the West German Prostate Center. Data from scientific studies, for example, range from 26 to 100 percent.

No uniform definition of potency

There is often a lack of a uniform definition of potency. Prof. Dr. Suks Minhas of University College London even assumes that this has been systematically softened in order to take away the horror of radical prostatectomy. Thus, even the high rates of potency reported with robot-assisted prostate removal should be taken with a grain of salt, the urologist stressed at the EAU's annual congress.

No improvement in sexual function after surgery in the last 10 years.

Meanwhile, scientists at Memorial Sloan Kettering Cancer Center in New York systematically investigated whether an improvement in erectile dysfunction could be achieved after radical prostatectomy in recent years. To this end, they examined more than 2,000 patients who underwent nerve-sparing surgery between 2008 and 2015 and used standardized questionnaires to determine data on potency after surgery. However, the results are sobering: the likelihood of maintaining potency after surgery for prostate cancer has not improved over the past decade, despite major advances in surgical and postoperative care. According to study results, this is also true for the modern robot-assisted DaVinci surgery.

"Losses in sexual function as a result of surgery are all the more serious because many men with prostate cancer still undergo unnecessary surgery," Dr. Derakhshani comments on the current findings. For example, according to the guidelines' recommendation, in men who have low-risk prostate cancer, it may often be sufficient to monitor the tumor closely (active surveillance) or to treat it curatively (curative) using focused radiation (brachytherapy). If treatment is necessary, the goal of therapy should always be to achieve optimal cure rates with minimal side effects, according to the Cologne urologist. 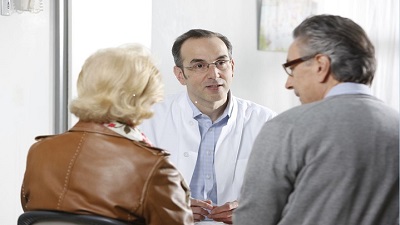