How often incontinent after surgery?

There is nothing patients fear more after prostate cancer surgery than losing the ability to hold their urine. This is a justified concern, as urinary incontinence is the most common consequence of radical surgery and has the greatest impact on men's quality of life. However, there are no reliable data on the number of men affected. A current study is therefore now investigating the question of what the reality of care actually looks like.

"Men with prostate cancer are still not fully informed about urinary incontinence as a late consequence of the operation before prostate surgery," complains Dr. Stephan Neubauer, urologist at the West German Prostate Center. Involuntary loss of urine affects many men despite the use of nerve-sparing surgical techniques. However, exact data on the actual frequency is lacking. "Thus, the percentages for urinary incontinence vary greatly depending on the study and depend on who determined them, how and when. They usually have little to do with reality," says Dr. Neubauer.

Current study from the supply reality

A recent study published in the journal "Der Urologe" shows how many patients are actually incontinent after the procedure. For this purpose, a team of scientists evaluated the medical records of all patients who received follow-up treatment after previous removal of the prostate in 2009 at the Klinik am Kurpark in Bad Wildungen. A total of 1750 patients with an average age of 65 were evaluated. In addition to age, the PSA value before surgery and the selected surgical procedure were recorded.

The result of the investigation could not be clearer: Three months after surgery, two-thirds of the patients were still unable to hold their urine despite rehabilitation measures such as pelvic bo-dent training. The incontinence problem varied in severity and ranged from slight loss of urine and wearing pads to permanent use of diapers. Conversely, only one-third of the men left the rehab facility continent. "The figures reflect the picture we know from our daily practice," emphasizes the Cologne urologist. When and whether the men affected will ever overcome their incontinence is still up in the air at this point. The longer the incontinence lasts, the greater the likelihood that the patients will still be unable to hold their urine after 12 months. It was also striking that there was no difference in the frequency of urinary incontinence depending on which surgical procedure was used. Even the robot-assisted surgery, which was promoted as a particularly gentle procedure, did not protect against the dreaded loss of urine.

"The high incidence of urinary incontinence as a consequence of surgery is all the more serious because many men with prostate cancer are still being operated on unnecessarily," Dr. Neubauer emphasizes. According to the guidelines, it is often sufficient to monitor the tumor closely (active surveillance) in men with low-risk prostate cancer. Should treatment nevertheless become necessary, the focus should be increasingly directed toward achieving optimal cure rates with minimal side effects, according to the Cologne urologist. "It is therefore our duty to make patients aware of equally effective but gentler treatment methods such as brachytherapy (internal radiation) in advance of therapy." 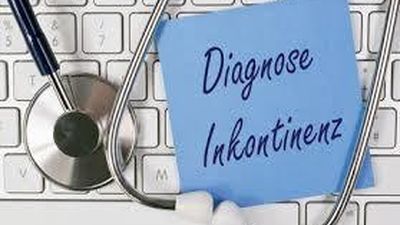