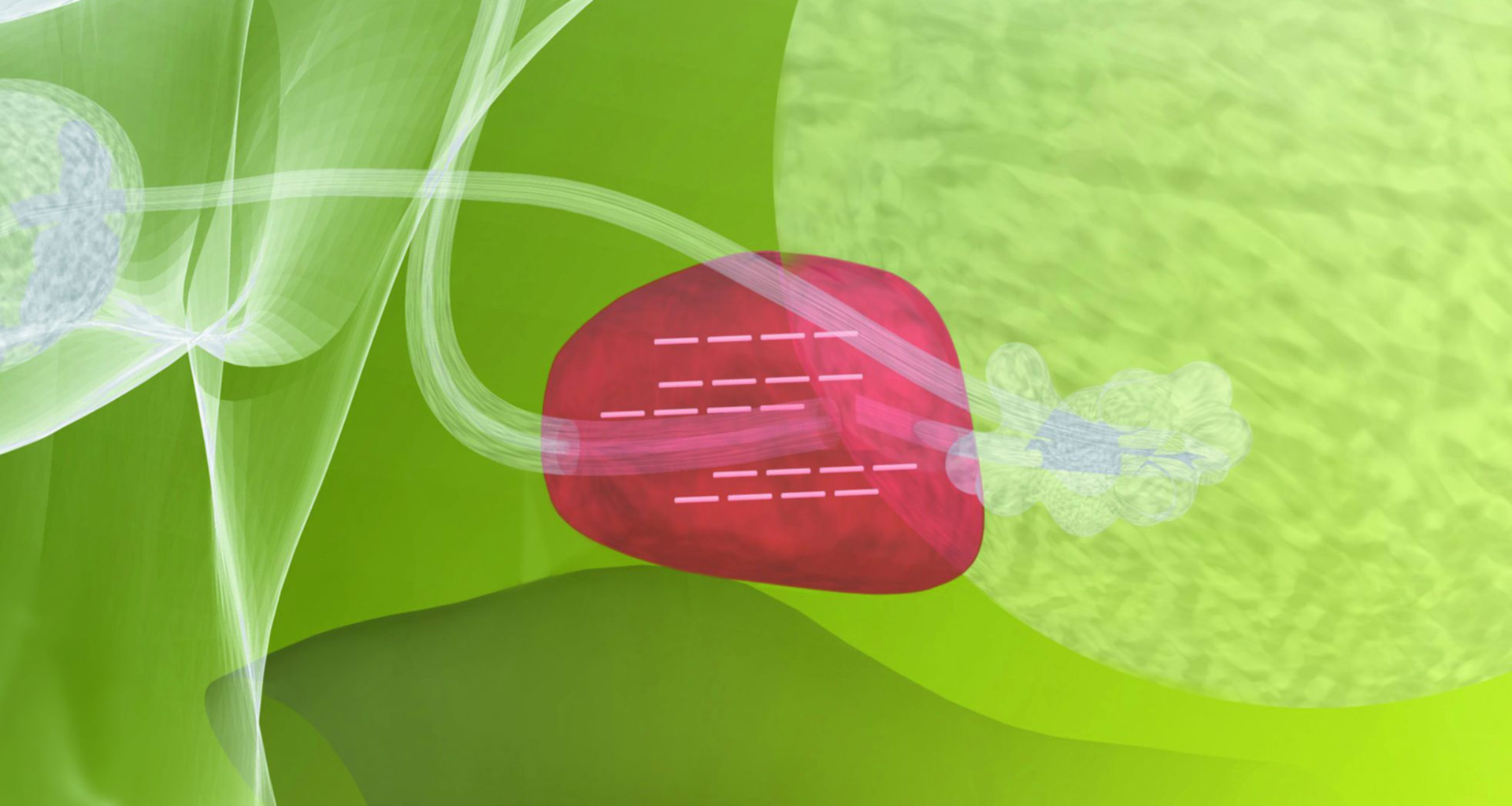 Seed implantation" is a state-of-the-art radiotherapeutic procedure used for patients with localized prostate carcinoma. Under constant ultrasound control, up to 80 short-radiation, tiny radiation sources (so-called "seeds") made of iodine are inserted into the prostate under general or partial anesthesia. This is done with the help of puncture needles that are placed at precisely precalculated positions in the prostate using a coordinate targeting system. The seeds are deposited at the desired position in the prostate, where they remain to exert their radiation effect on the prostate carcinoma.

Fewer side effects with seed implantation than with radical surgery

For the early stage of prostate cancer, seed implantation is considered to be an equally effective procedure to radical surgery, but is much gentler for the patient. Incontinence is practically not observed, impotence with 10-30 percent after three years much less frequently than after surgery. Moreover, erectile dysfunction does not occur immediately as with surgical removal of the prostate, but develops gradually.

For whom is seed implantation suitable?

After the urologist and radiotherapist have given the indication for seed implantation, "pre-planning" is carried out six to eight days before the procedure using transrectal ultrasound via the rectum. The resulting images are transmitted to a planning computer. Based on the size, shape and location of the prostate, the radiation therapist determines the number and position of the seeds.
Blood-thinning medications such as aspirin, ASA, Eliquis, Lixiana, Plavix, Xarelto or comparable preparations must be discontinued one week before the operation. On the second day before the procedure, an antibiotic and an alpha-blocker are taken according to the doctor's prescription. On the day before the operation, foods that are difficult to digest should be avoided. No food or drink is allowed for six hours before the procedure. The evening before the procedure, laxative measures are taken to empty the rectum.

In "seed implantation", up to 80 short-radiation, tiny radiation sources (so-called "seeds") made of iodine are inserted into the prostate under general or partial anesthesia and constant ultrasound monitoring. This is done with the aid of puncture needles, which are placed at precisely pre-calculated positions in the prostate using a coordinate targeting system. The seeds are deposited at the desired position in the prostate, where they remain to exert their radiation effect on the prostate carcinoma. In this way, the tumor tissue is destroyed from within by high-dose, targeted radiation. Until a few years ago, seed implantation involved preliminary planning, resulting in a radiation plan calculated several days to weeks before the actual insertion of the seeds. This method has been replaced by the much more accurate online planning. Pre-planning is now only used to order the number and activity of seeds for the procedure date. The actual planning is done "online", i.e. only during the anesthesia of the patient the ultrasound images are generated, which were the basis for the individual irradiation plan of the single patient. The targeted positions of the seeds are permanently compared with the actual placement location in the ultrasound image. Shifts in the radiation plan can therefore be corrected even more accurately. The precision of the brachytherapy increases, which leads to an optimization of the treatment. The procedure takes about 60 minutes. Since it is a minimally invasive procedure, this method is not stressful for the organism.

About four weeks after the procedure, a so-called follow-up planning is performed. Here, computer tomography is used to check that the seeds are still in the positions originally planned. If necessary, a correction can be made at this time without any problems.
All further urological follow-up examinations such as the determination of the PSA value, an ultrasound examination and the determination of erectile function and micturition on the basis of standardized questionnaires are initially performed quarterly. To be noted: Due to an inflammatory reaction of the prostate, a temporary increase in the PSA value may occur. The so-called PSA bounce is therefore not necessarily due to a progression of the cancer, but can be triggered by the radiation effect on the prostate tissue. The increase in PSA occurs in about 44 percent of men (Critz et al., 2003).
Usually, patients can resume their professional activities within a few days after the procedure. During the initial period, those undergoing treatment should take it easy on themselves physically and pay attention to the following: Bathing, swimming sauna visits, sexual activities and heavy lifting are prohibited during the first two weeks. Pressure on the prostate and perineum, e.g. from cycling, horseback riding or sitting on hard surfaces, should be avoided for about eight to twelve weeks.

The side effects of seed implantation are very low. Acute side effects usually occur after 2-4 weeks and are characterized by temporary irritation of the bladder and bowel. There may be increased stool frequency and discomfort during urination. Some patients also report blood in the urine or ejaculate. However, more severe bleeding is very rarely observed. In the long term, 20-30% of patients develop a potency disorder, which then requires drug therapy.
In the USA, seed implantation has been practiced for more than 25 years and, with 80,000 patients annually, is used more frequently than surgical removal of the prostate. Due to the good cure rates with comparatively minor side effects, the method has now also established itself in Germany as a recognized procedure for the treatment of prostate cancer. For the early stage of prostate cancer, seed implantation is considered to be an equally effective procedure to radical surgery, but is much gentler for the patient. According to the current guidelines (2014) of the German Society of Urology (DGU), patients suffer significantly less frequently from impairment of their potency* after seed implantation. Urinary incontinence, which is up to 50 percent* after radical removal of the prostate, is also negligible at 0.3 to 3 percent after seed implantation and actually only occurs after previous transurethral prostate resection (TURP). In addition to the cure rate as the most important criterion, more and more experts are calling for greater consideration to be given to the side effects of the treatment when choosing a therapy. 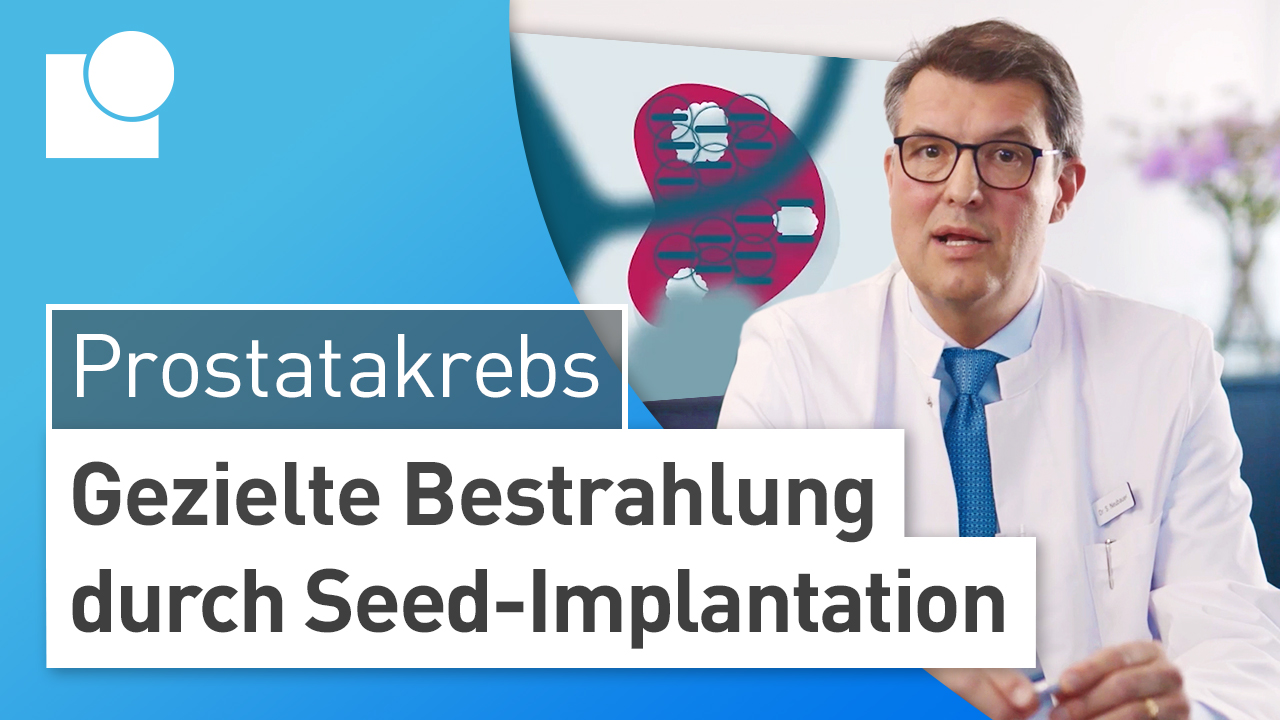 Side effects in the treatment of prostate cancer can be significantly reduced by the targeted and precise internal irradiation of the prostate in the course of seed implantation. The cure rate is equally good or even better compared to radical prostate surgery. Dr. Stephan Neubauer from the West German Prostate Center, in the KLINIK am RING - Cologne, explains how this effective and gentle procedure for curing prostate cancer works and what you can expect from this minimally invasive therapy. Learn in this med.clip how severe side effects such as incontinence or impotence can be prevented by seed implantation and what other advantages this modern treatment option for the treatment of prostate cancer brings with it.

Brachytherapy is a new, gentle form of treatment available to patients with localized prostate cancer. In addition to total surgical removal of the prostate gland, brachytherapy has become a 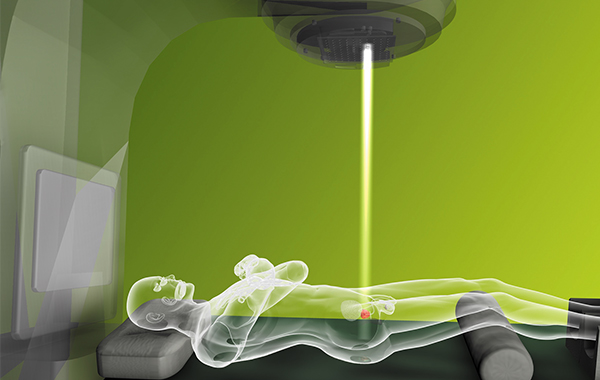 The most effective and at the same time most gentle treatment for advanced or aggressive prostate cancer is afterloading.